The Department of Justice today announced that it has reached a settlement agreement with A. Olivarez Harvesting LLC (Olivarez). The settlement resolves a claim that Olivarez discriminated against two U.S. citizens based on their citizenship status when it denied them crop harvesting positions it had promised them and instead filled the jobs with temporary visa workers through the Department of Labor’s H-2A program, in violation of the anti-discrimination provision of the Immigration and Nationality Act (INA).

“Employers engage in unlawful discrimination against U.S. workers by giving an advantage to temporary visa workers because of their citizenship or immigration status,” said Assistant Attorney General Kristen Clarke of the Justice Department’s Civil Rights Division. “The Justice Department will continue to enforce the anti-discrimination provision of the INA to ensure that employers do not unlawfully deny employment to workers in the community because of their citizenship status, regardless of whether those workers are U.S. citizens or immigrants with permission to work in the United States.”

Based on its investigation, the department determined that Olivarez initially agreed to employ two brothers who are U.S. citizens to harvest corn, but then falsely told them that the harvesting work was no longer available and instead offered them warehouse jobs with a lower hourly wage. Olivarez employed only H-2A visa workers to do the harvesting work during that harvesting season. Under the H-2A visa program, employers are generally required to offer agricultural jobs to qualified U.S. workers before sponsoring and hiring temporary visa workers from another country. Failure to do so could run afoul of the anti-discrimination provision of the INA if the employer’s preference for the temporary visa workers over U.S. workers is based on immigration or citizenship status.

Under the terms of the settlement agreement, Olivarez will pay a civil penalty for the violation, offer back pay plus interest totaling $14,165.10 (combined total) to the two affected workers, post notices informing workers of their rights under the INA’s anti-discrimination provision, train its staff and be subject to departmental monitoring for three years.

The Civil Rights Division’s Immigrant and Employee Rights Section (IER) is responsible for enforcing the anti-discrimination provision of the INA. The statute prohibits discrimination based on citizenship status and national origin in hiring, firing or recruitment or referral for a fee; unfair documentary practices; and retaliation and intimidation.

Learn more about IER’s work and how to get assistance through this brief video. Find more information on how employers can avoid citizenship status discrimination on IER’s website. Applicants or employees who believe they were discriminated against based on their citizenship, immigration status or national origin in hiring, firing, recruitment or during the employment eligibility verification process (Form I-9 and E-Verify); or subjected to retaliation, may file a charge. The public can also call IER’s worker hotline at 1-800-255-7688 (1-800-237-2515, TTY for hearing impaired); call IER’s employer hotline at 1-800-255-8155 (1-800-237-2515, TTY for hearing impaired); email IER@usdoj.gov; sign up for a free webinar; or visit IER’s English and Spanish websites. Subscribe to GovDelivery to receive updates from IER. View the Spanish translation of this press release here.

This article is provided as an educational service and is not legal advice. Consult with an attorney for your specific circumstances.  For a comprehensive evaluation of your immigration situation and options, you are invited to call us at 214-494-8033, text us using our chat box, or complete our contact form. 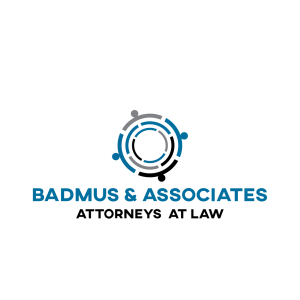 This website discusses events and topics regarding immigration law.  It is intended for educational purposes only. To the extent any views are expressed, they are the views of the author only. The author’s views in no way represent those of any firm, employer, business, or other person. This blog is not intended to give legal advice, and you should not rely on it for that purpose. An attorney-client relationship is not formed by using the content presented on this website, or by contacting Ann M Badmus. Consult an attorney for specific inquiries.

How to Reach Ann